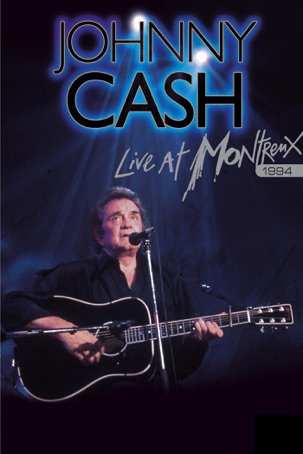 Running time: 65 mins
Released: 2005
Buy SD:
€12.99
Buy HD:
€15.99
The late Johnny Cash was one of the most influential figures in American music in the post war period. He managed to combine elements of folk, rock ‘n’ roll and country, which together with his distinctive voice and guitar style, created an instantly recognisable sound. From his wild early days, fuelled by drink and drugs, through to his later years as a living legend and one of music’s elder statesmen he was always a dominant figure. 1994 was to prove to be Cash’s only appearance at the Montreux Festival. The “Man In Black” had just released his acclaimed American Recordings album and his European tour took in Montreux on July 5. This classic concert features a number of tracks from his new album coupled with favourites from across his career including Folsom Prison Blues, I Walk The Line, Ghost Riders In The Sky, Orange Blossom Special and San Quentin. An added bonus is the guest appearance of his wife June Carter Cash on two tracks. Caught at one of the high points of his distinguished career this is truly Johnny Cash at his best.
Movie Price HD Movie Price SD Rental Price HD Rental Price SD