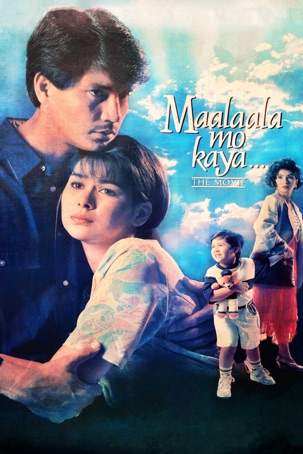 Running time: 107 mins
Released: 1994
Buy SD:
$16.98
Buy HD:
$19.98
Rent SD:
$5.98
Rent HD:
$5.98
Two mothers fight for the same child. A moving story of relationships set against the realities of contemporary society. Forced by poverty and lack of opportunities in her own country, Marissa (Chin Chin Gutierrez) chooses to go abroad to build a better future for her 2-month old son, BJ (Karl Angelo Legaspi). She leaves him in the care of her cousin and best friend, Ana (Aiko Melendez). After a few months, Marissa stops writing. Her recruiter reports that she got married to a Japanese. When Marissa fails to return at the end of her contract, Ana decides she must raise BJ as her own. As BJ grows up, Ana experiences the joys and pains of being a single mother, and as such, comes face to face with society's narrow-mindedness and discrimination. But Mike (Richard Gomez) is different. As his love for Ana grows, so does his attachment to BJ. For him, BJ is a bitter-sweet reminder of his own past, of his own child whom he was forced to abandon as a teenager. Ana, Mike, and BJ form a family but is about to be torn apart as Marissa suddenly returns to claim her son.
Movie Price HD Movie Price SD Rental Price HD Rental Price SD