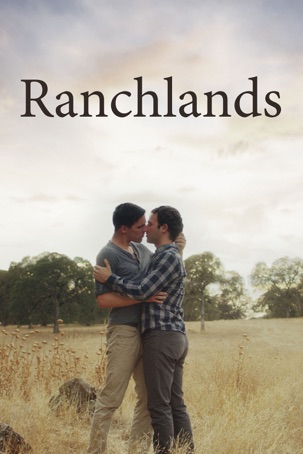 Running time: 69 mins
Released: 2019
Buy SD:
€3.99
Buy HD:
€3.99
Rent SD:
€4.99
Rent HD:
€4.99
“Ranchlands” is an LGBTQ drama about an urbane, yet lost gay man who returns to his estranged ranch family to help care for his cancer-stricken brother, but a devastating family secret stands in the way of his rocky path toward reconciliation. The film is a fable about the rural-urban divisions and anti-queer sentiment that roil parts of America today, a microcosm of what can happen when we forget how to talk to one another. “Ranchlands” makes the case, on an intimate family level, that we have more in common than not. The story begins when the metropolitan Tyler, who has not seen his family for years, returns to his ranchland home upon hearing that his working-class brother, Garrett, has become ill. Waiting for him is his embittered mother, Debra, a widow whose homophobia is a mask for her fears of loneliness and resentment of being abandoned. Despite getting off to a difficult start, Debra and Tyler slowly but surely begin to thaw their cold war, but Tyler’s unexpected romance with an earnest ranch hand, Noah, begins to expose a haunting event from the family’s past that threatens to tear them all apart. “Ranchlands” builds up to the reveal of that horrible event and its emotionally wrought aftermath – before spilling yet another secret -- during Tyler's journey to heal himself and his family.
Movie Price HD Movie Price SD Rental Price HD Rental Price SD