Shed of the Dead 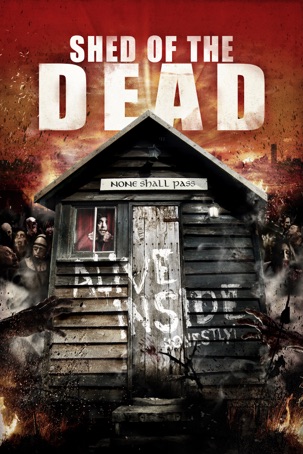 Running time: 85 mins
Released: 2019
Buy SD:
€7.99
Buy HD:
€9.99
Rent SD:
€4.99
Rent HD:
€4.99
Trevor is between jobs, and spends his days in the company of equally unemployable friend Graham painting figurines and war gaming fantasy worlds in his allotment shed. After he accidentally kills one of his neighbours, when they try to have him evicted from his plot, the dead begin to rise, forcing Trevor to make a life changing decision. Whether to rescue his wife, as the adopted alter ego of his fantasies, Casimir, or leave her to an uncertain fate. Clearly the wrong decision will mean he'll never hear the end of it!
Movie Price HD Movie Price SD Rental Price HD Rental Price SD