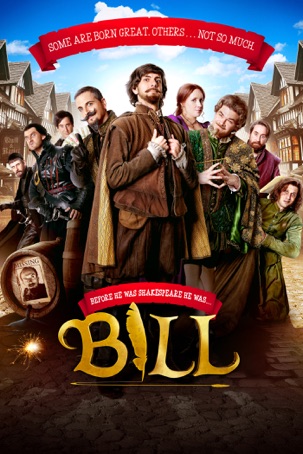 Running time: 90 mins
Released: 2015
Buy SD:
$69.99
Buy HD:
$79.99
Rent SD:
$19.99
Rent HD:
$19.99
The Sun raves about this calling it "A RARE FILM... ONE THAT'S HILARIOUS!". From the creators and stars of the BBC's Horrible Histories, comes "BILL", a re-imagination of Shakespeare's 'lost years'. When terrible lute player and general layabout 'Bill' Shakespeare leaves his hometown to pursue his fortunes in London, he finds himself caught in a conspiracy to assassinate the Queen. With the Spanish delegates at court plotting to kill her, Queen Elizabeth demands that a play be performed for her. Bill sees his chance to shine, and he'd better - because if the play isn't good, she'll have his head chopped off.
Movie Price HD Movie Price SD Rental Price HD Rental Price SD