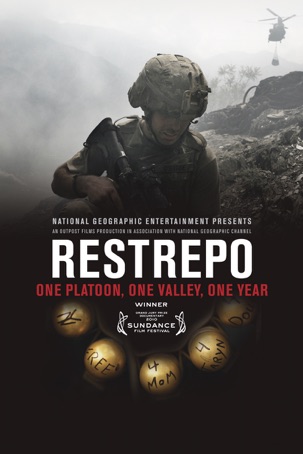 Running time: 93 mins
Released: 2011
Buy SD:
$4.99
Buy HD:
$4.99
Rent SD:
$2.99
Rent HD:
$2.99
RESTREPO chronicles the deployment of a platoon of US soldiers in Afghanistan's Korengal Valley. Focusing on a remote 15-man outpost, "Restrepo" named after PFC Juan Restrepo, the platoon medic who was killed in action. It was considered one of the most dangerous postings in the US military. This is Second Platoon's story, of a group of men who came be considered the "tip of the spear" for American efforts in Afghanistan.
Movie Price HD Movie Price SD Rental Price HD Rental Price SD