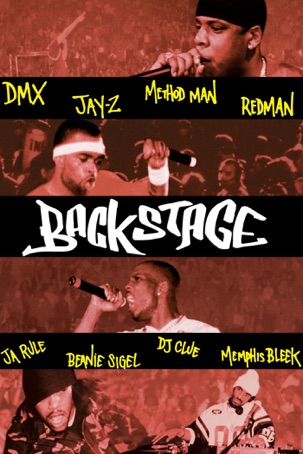 Running time: 86 mins
Released: 2000
Buy SD:
$13.99
Rent SD:
$4.99
Multiplatinum-selling rappers like DMX, Method Man, Jay-Z and others take you where you've never been before: behind the scenes of the hottest hip-hop concert tour ever! Hip, irreverent and real, Backstage rides along with the groundbreaking, 50-city "Hard Knock Life Tour" and doesn't hold anything back! From the tour bus to the hotel to the stage, cameras are there to capture all the craziness as the show rolls from city to city! Also featuring the powerful performances of Redman, Ja Rule, Beanie Sigel -- and a red-hot soundtrack by DJ Clue -- you don't want to miss this exclusive chance to see what really happens when Rap hits the road!
Movie Price HD Movie Price SD Rental Price HD Rental Price SD